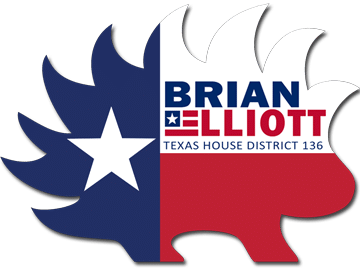 This post is focused on why you should vote for a Texas Libertarian Candidate in the November 2020 General Election. If you believe that our political system is fine the way it is, please skip this post. If you believe that there should be an elite ruling class who dictates the rules and decides who is permitted to participate, you can stop reading.

However, if you are like me and you believe that we should expect more from our elected representatives, and demand that they start acting like they work for us, rather than the other way around, then please read on for three reasons why you should vote for a Libertarian candidate in Texas for the November 2020 General Election.

A third-party representative in the Texas State Legislature in 2020 is necessary to bring a neutral voice to challenge the status quo and restrain the tendency of governments to grow. While the Democrats will try to flip the House and the Republicans will try to hold on, they are two sides of the same coin. We need to add a different voice to the Texas Legislature – your voice. Help me build for our future by supporting Libertarian and other third-party candidates in your local area.