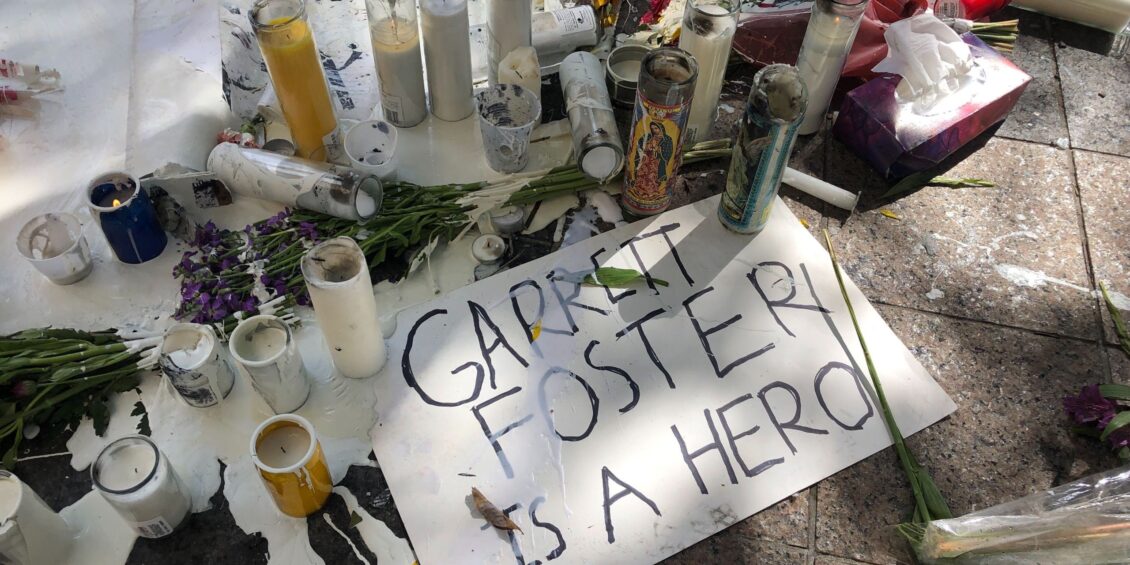 On Saturday July 25, Garrett Foster was shot and killed on Congress Street in downtown Austin during a Black Lives Matters protest/demonstration.

Although I do not profess to have knowledge of all the facts, it is clear that Mr. Foster did not deserve to die on the street that night. However, its also clear to me that there is a fundamental difference between peaceful protests and acts of aggression.

However, by all accounts, including available video of the incident, Mr. Foster was among the group of persons in the roadway impeding traffic and moving to surround a vehicle. Mr. Foster was also carrying a rifle. There are also accounts that the vehicle was driving forcefully and intentionally drove into the group of people in the street.

The non-aggression principle is a bedrock foundation of libertarianism – while it can be defined in a number of ways, in its essence, the non-aggression principle is a moral alignment that deems aggression against others as inherently wrong – with few exceptions. Some boil it down to the phrase ‘don’t hurt people, and don’t take their stuff’ and suggest that all rules for society can be derived from this basic principle.

In any ordinary context a person armed with a rifle approaching a car in a roadway, whether pointed at the driver or not, while others surround the vehicle and impede its path, is an act of aggression.  Is there a self defense argument to be made, sure, and I am certain many will argue that the angry mob blocking the vehicle in Austin merely sought to ensure that protesters in the roadway would not be injured by the reckless movement of a vehicle. Perhaps that is the truth.

I also believe the following to be true:

Mr. Foster did not deserve to lose his life on Saturday night. From my vantage point however, each of the participants in the tragic episode had violated the non-aggression principle and are therefore unlikely candidates for the label of ‘libertarian hero.’